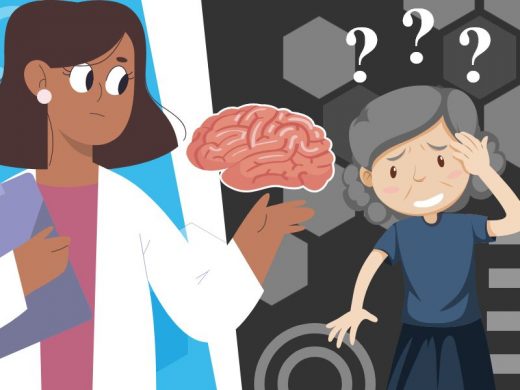 Alzheimer’s Disease is a progressive neurologic disorder that causes the brain to shrink and brain cells to die. It is the most common cause of dementia. Dementia is a continuous decline in thinking, behavioral, and social skills that affect functioning independently. Alzheimer’s Disease accounts for 60-80% of dementia cases.

Difference Between Alzheimer’s Disease and Dementia

Alzheimer’s Disease is not a normal part of aging. Dementia is a term describing the symptoms that impact memory, the performance of daily activities, and communication abilities. Most dementias occur as a result of Alzheimer’s Disease. It worsens with time and affects memory, language, and thought.

Severe Symptoms of Alzheimer’s Disease include:

The 7 Stages of Alzheimer’s Disease

The process of diagnosing AD includes a physical exam,  neurological exam, brain imaging, and lab test to check for memory loss. Alzheimer’s Disease has no cure but, you can control the symptoms. Drugs for AD include: